This year my mother in law retired from being a elementary school teacher. We went out to dinner to celebrate at a wonderful restaurant named Canoe. It's located in Vinings, Ga on the Chattahoochee river. For desert we experienced one of the BEST and most unusual deserts I have ever had…Popcorn Ice Cream! 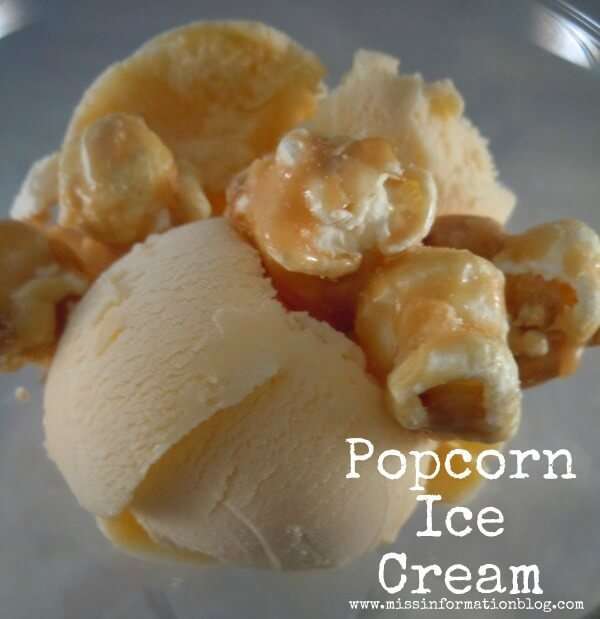 Now when I say this to most people the first reaction is WHAT? and they don't look so sure about it until they try it! If you like Salty Sweet then this is for you!

Heat cream and 1 cup of the milk in a heavy sauce pan over medium heat until just scalded. Add the popped popcorn to the pan and let steep for one hour. 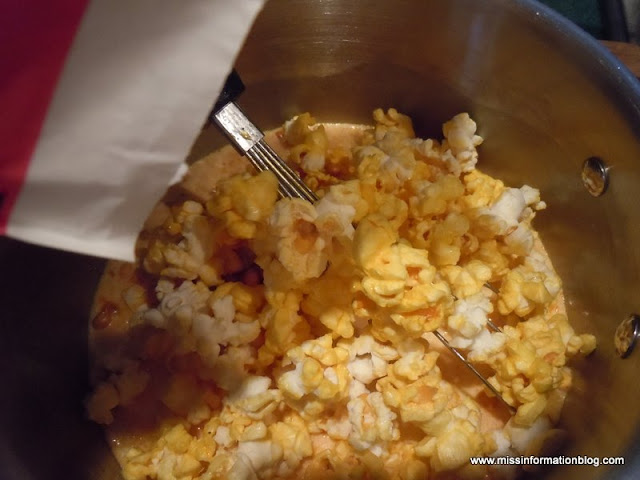 Strain the popcorn milk through a fine mesh sieve into a large liquid measuring cup. 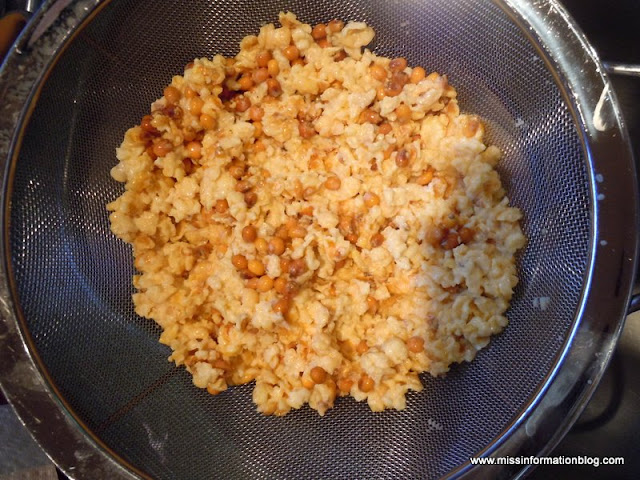 Add enough of the remaining milk to make 3 cups total (about one more cup, give or take). See all that yummy butter floatin' in all that cream! 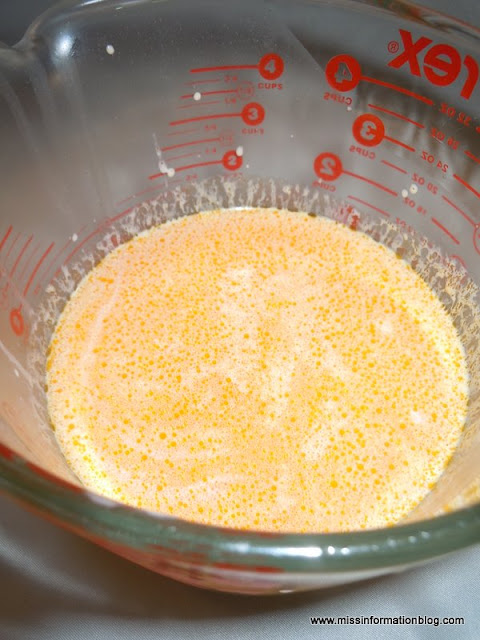 Return the milk to the sauce pan and return heat to medium. Separate your eggs, you can save the whites for an omelet for breakfast! This tool that I use for separating eggs is one of my best purchases ever from Pampered Chef, it hangs on the side of the bowl and the whites fall through, love it, no shells in my eggs. 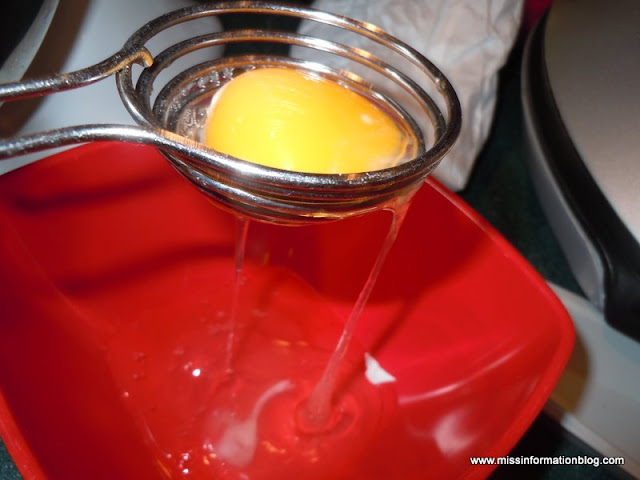 While the milk is heating, beat the egg yolks, sugar, and salt in a separate bowl with an electric mixer on high speed until light and fluffy, about 2 minutes. It will look like this. 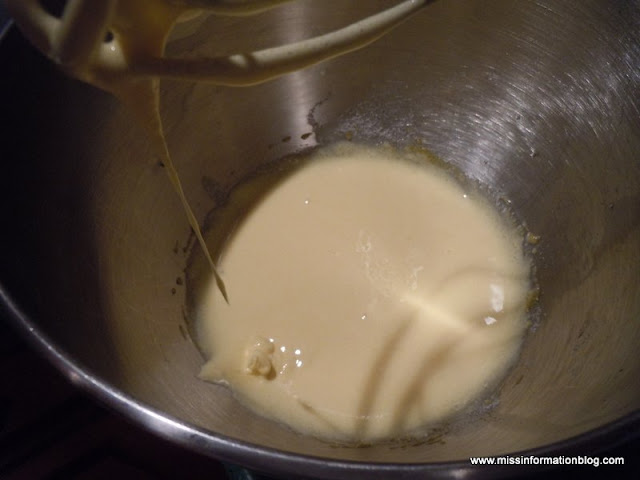 When the milk is hot but not scalded, add a cup to the egg mixture and whisk vigorously (this is called tempering and it is so you don't cook the eggs). Pour the tempered eggs into the sauce pan with the remaining milk. Reduce heat to low/medium-low. Cook, whisking constantly, until the custard reaches 185°F (give or take a Fahrenheit) on an instant-read thermometer and is thick enough to just coat the back of the spoon. (You can stir occasionally at first, and more constantly towards the end, watching carefully to make sure the eggs don't scramble). 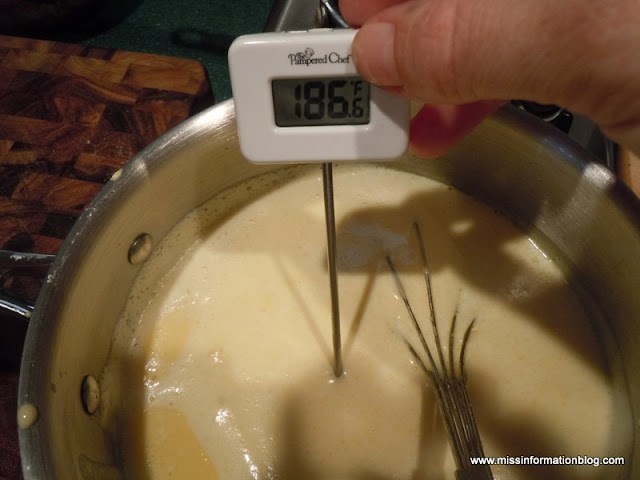 Remove your pan from the burner. Stir in vanilla extract, and continue stirring for another minute or so to release some of the heat. Strain the cooked custard through a fine-mesh sieve, if desired.
Chill the mixture in the refrigerator until completely cool, stirring occasionally, about 2 hours. I actually put mine in the canister to my ice cream maker and put it in the fridge over night. 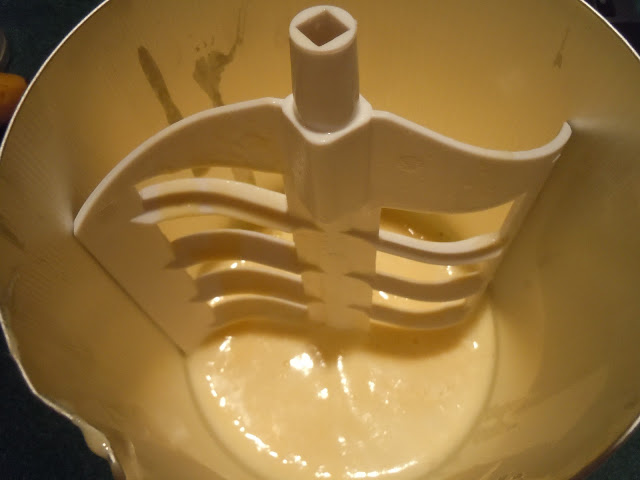 No I know you are looking at this canister above and saying get a Cuisinart honey…I did have one. We got it as a wedding gift and were so excited to have it but when we were in the mood to use it the canister was never frozen and we didn't have an extra fridge to just leave it in.
This beast is the kind of ice cream maker

I grew up on. The sound of it brings me back to my childhood when Mom and Dad would make strawberry and peach ice cream on our back porch. They are pretty inexpensive this new one  is a little kitschy looking but it works perfectly! 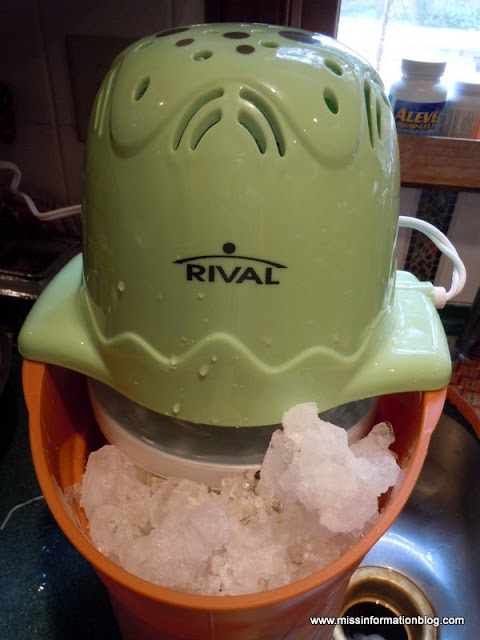 You just put the canister in it, surround it with ice and rock salt and leave it to do it's job. This is what it looked like after an hour. You can use any ice cream maker you have just follow the manufacturers directions. 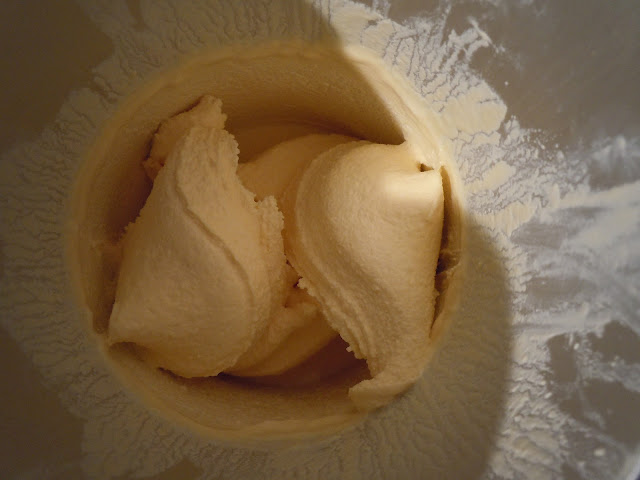 This is so good and will we will be making it again. We had it with fudge sauce, but it would be good with a brownie or in a sundae, serve with caramel sauce and homemade Cracker Jack. 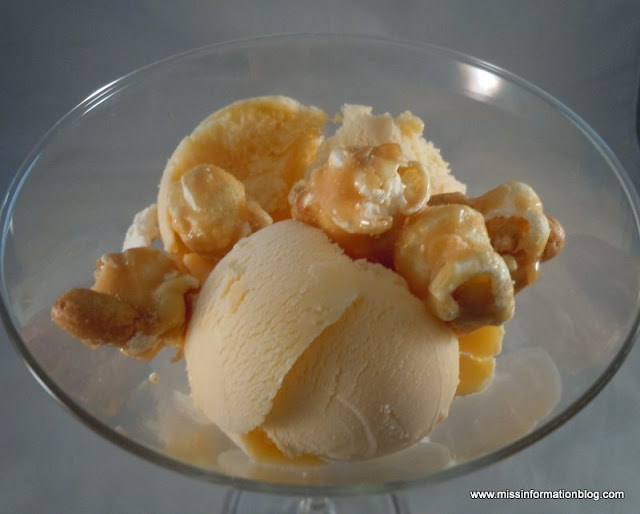 What's the most unusual desert you have ever had? Were you pleasantly surprised like I was? 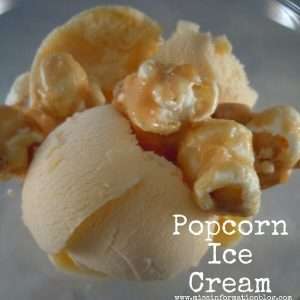 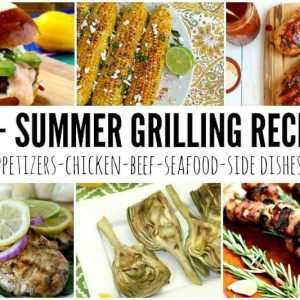